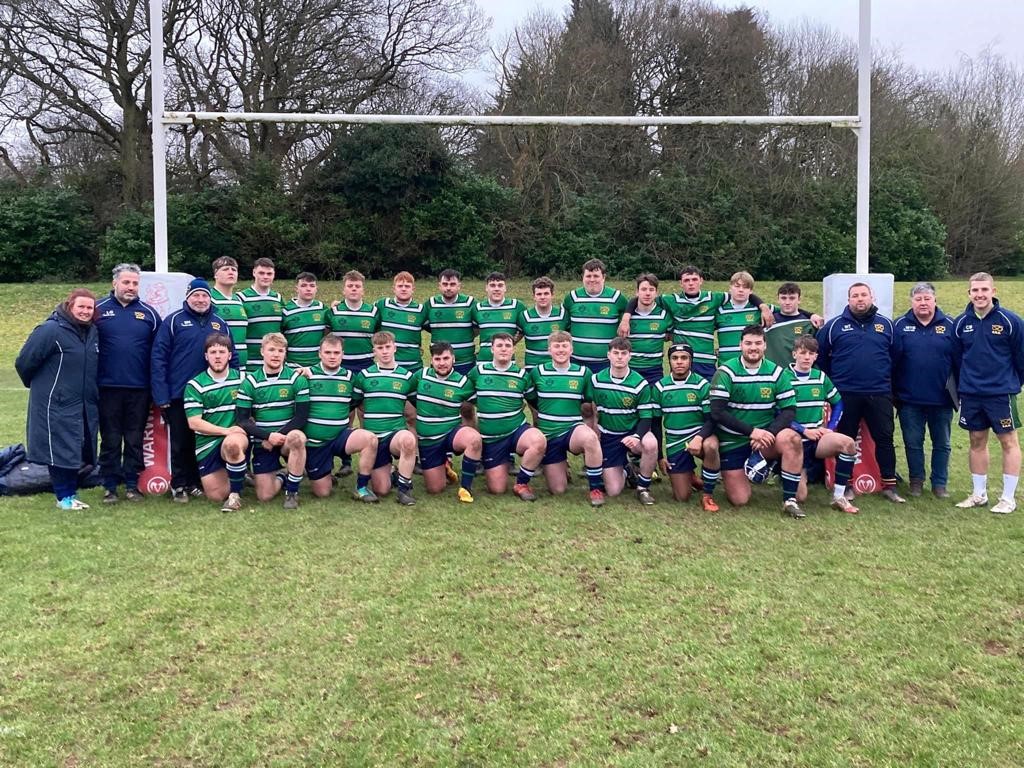 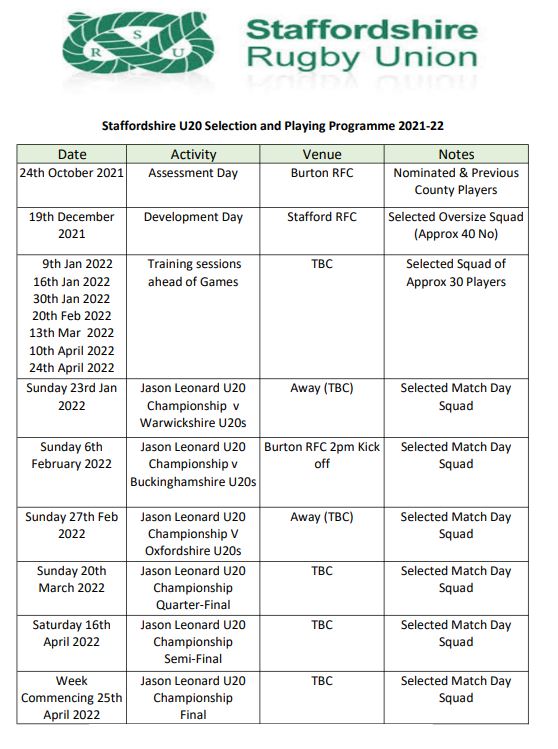 Obviously ¼ final, semi-final and final dates will depend on how we get on. So, the training dates for these are obviously provisional.

Four of Staffordshire’s U20s players have been selected in the Midlands U20s squad to play the North U20s in the Fergus King Memorial Game at Durham on Sunday May 15th 2022. 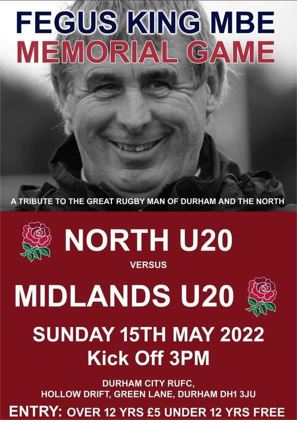 Staffordshire made the long trip to Northumberland in the quarter final of the Jason Leonard U20 County Championship on the 20th March 2022. The first pick up was at 7.00am and a long 5-hours plus journey followed to arrive at Alnwick on a fine but cool Sunday afternoon. 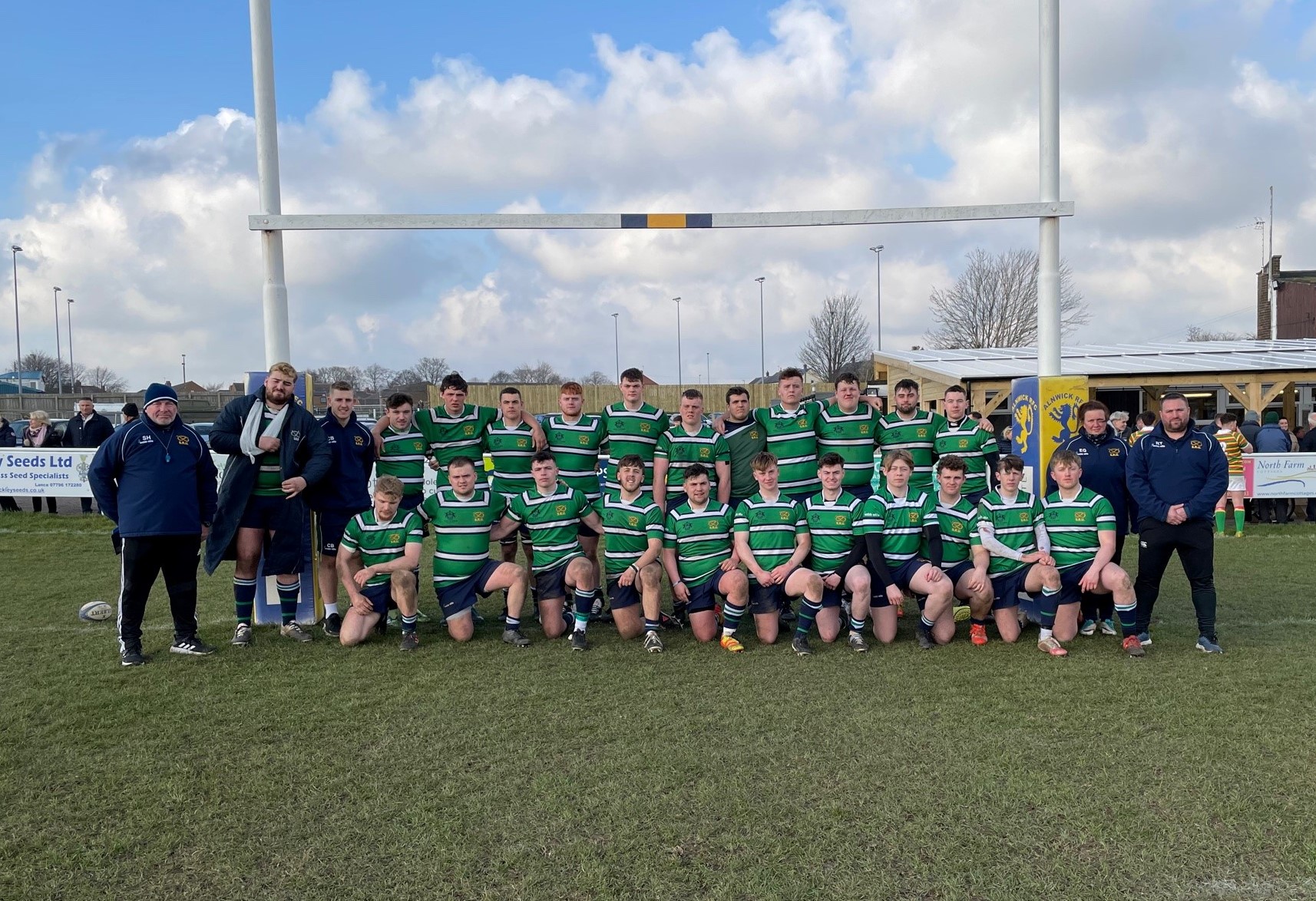 The players went through an extensive warm up and looked in fine form and up for the game. Looking at the match programme it was clear that Northumberland were going to be a class outfit counting numerous National 1, National 2 and Super BUCS players in their ranks.

The game started at a blistering pace and some smart work linking forwards and backs saw Northumberland take a 5-0 lead within the first couple of minutes of the game.

Staffordshire composed themselves and their forwards took them into the hosts half and forced a penalty for not releasing. The goal attempt bounced off the uprights and was caught by 2nd row Danny Griffin who powered towards the line. Quick ball from the recycled ruck was moved wide only to be turned over, but the referee adjudged the home side to be offside and awarded another penalty. Tom Gibson was forced to leave the field at this point with his ankle injury returning and was replaced by Ben Clay. Joel Bezus this time landed the penalty to bring the score to 5-3 after 8 minutes.

The next 20 minutes were painful for the visitors with the strong Northumberland side running freely and breaking tackles to score 3 tries without reply. Joe Byrne was forced to leave the field temporarily with a nasty cut to the head following the 4th Try and was replaced by Dan Raftery.

Staffordshire were next to get on the score sheet when the fly half took a quick penalty, and the backs moved the ball swiftly to see Will Derry crash over in the corner for an unconverted try.

Northumberland were soon back into their stride scoring another two excellent tries to give them a 38-8 lead at Half Time. Staffordshire’s woes were compounded as Prop Segundo De Olmos was forced to leave the field at Half time with a hand injury.

The coaches tried to rally the team during the intervals and the players encouraged each other to rise to the challenge. Alfie Everall came on as prop and Gregor Hayes moved into the 2nd row to allow Danny Griffin to move to Open side. This appeared to have the desired effect as the visitors started the second half well.

Good forward play forced the home side to transgress, and the Staffs Fly Half kicked for territory. Good work at the ensuing line saw the forwards drive towards the goal line and Joe Shacklock picked up the ball and drove for the line to score. Joel Bezus added the conversion.

From the re-start the boys in green were straight back at it with the forwards catching and securing good ball and running through a couple of phases to take them into Northumberland’s half. A quick break down the blind side saw Will Derry released to scurry over for his second try to bring the score back to 38-20 at the 45-minute mark.

Northumberland re-gathered themselves and despite some valiant defending from the visitors the home side ran in 4 more tries in the second half to end the game worthy victors at 62-20.

Staffordshire at times looked capable of competing with the Northumberland side but were well beaten by an extremely strong, fit and well drilled outfit.

Staffordshire U20 Squad to face Northumberland U20 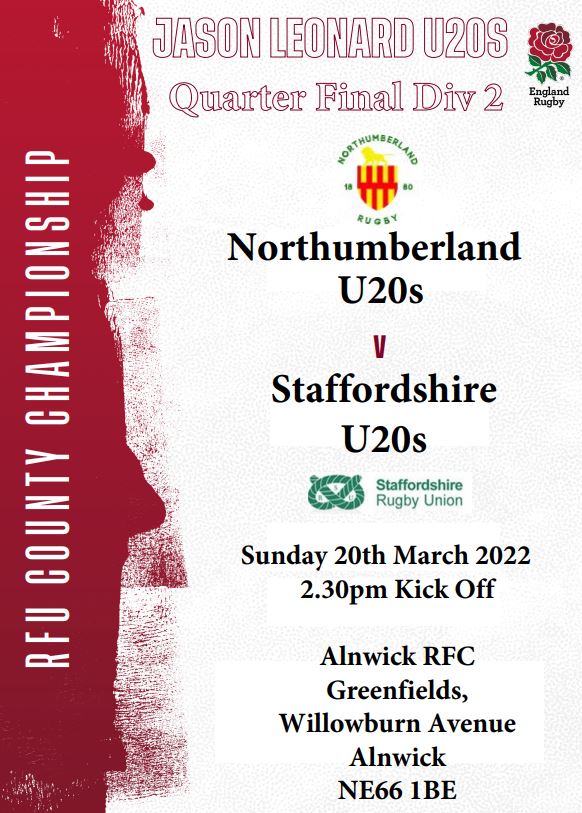 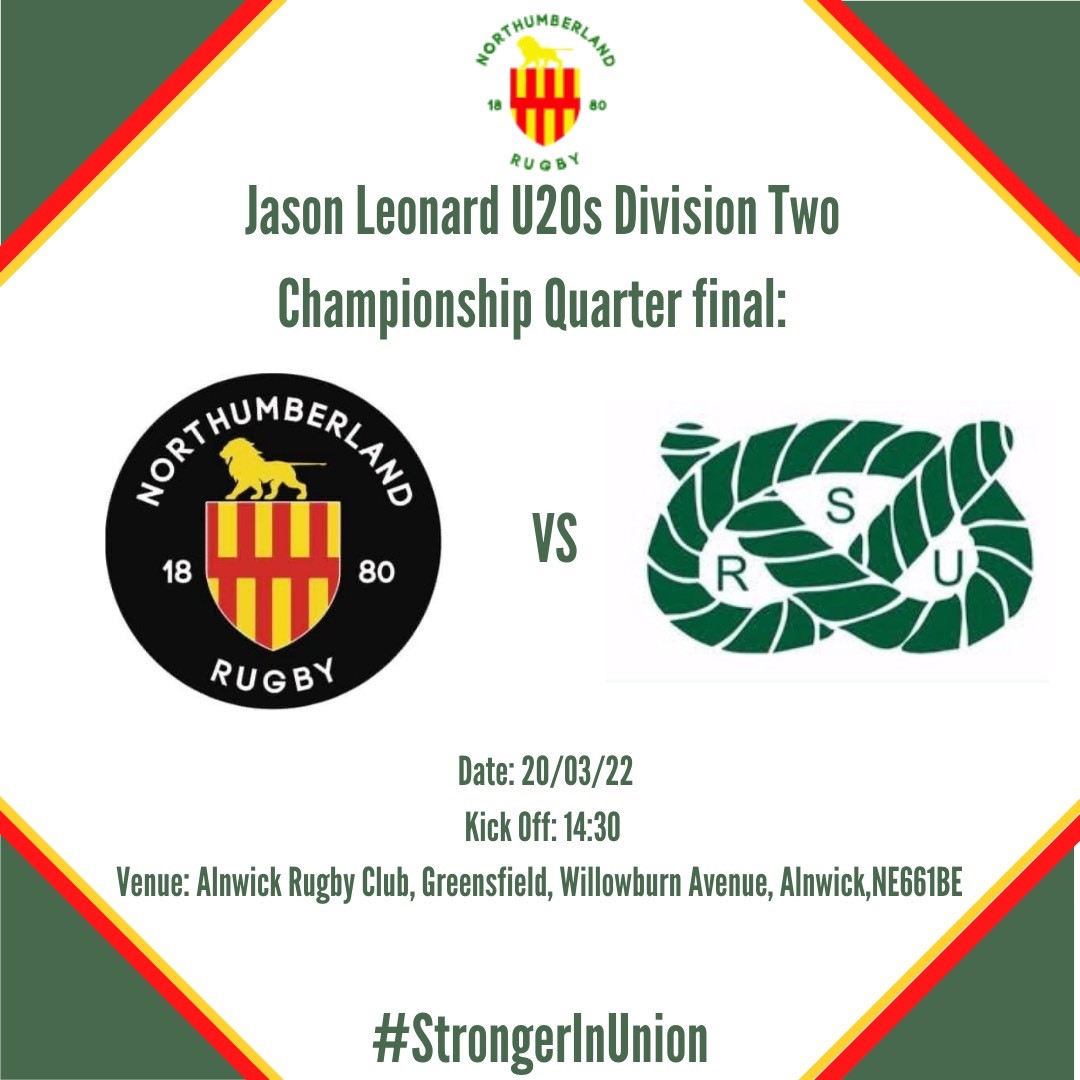