Staffordshire U20 v Cheshire U20

Following the cancellation of their Jason Leonard U20s Championship game against Buckinghamshire, the Staffordshire delivery team were keen to get the players some game time so turned to neighbours Cheshire who kindly obliged. Cheshire were also happy to host so the scene was set on a blustery Sunday afternoon for what promised to be an entertaining game.

Staffordshire suffered several cry offs through injuries sustained on the Saturday playing for club but still managed a squad of 21, partly thanks to Lichfield back Joel Finnemore stepping in at the 11th hour. 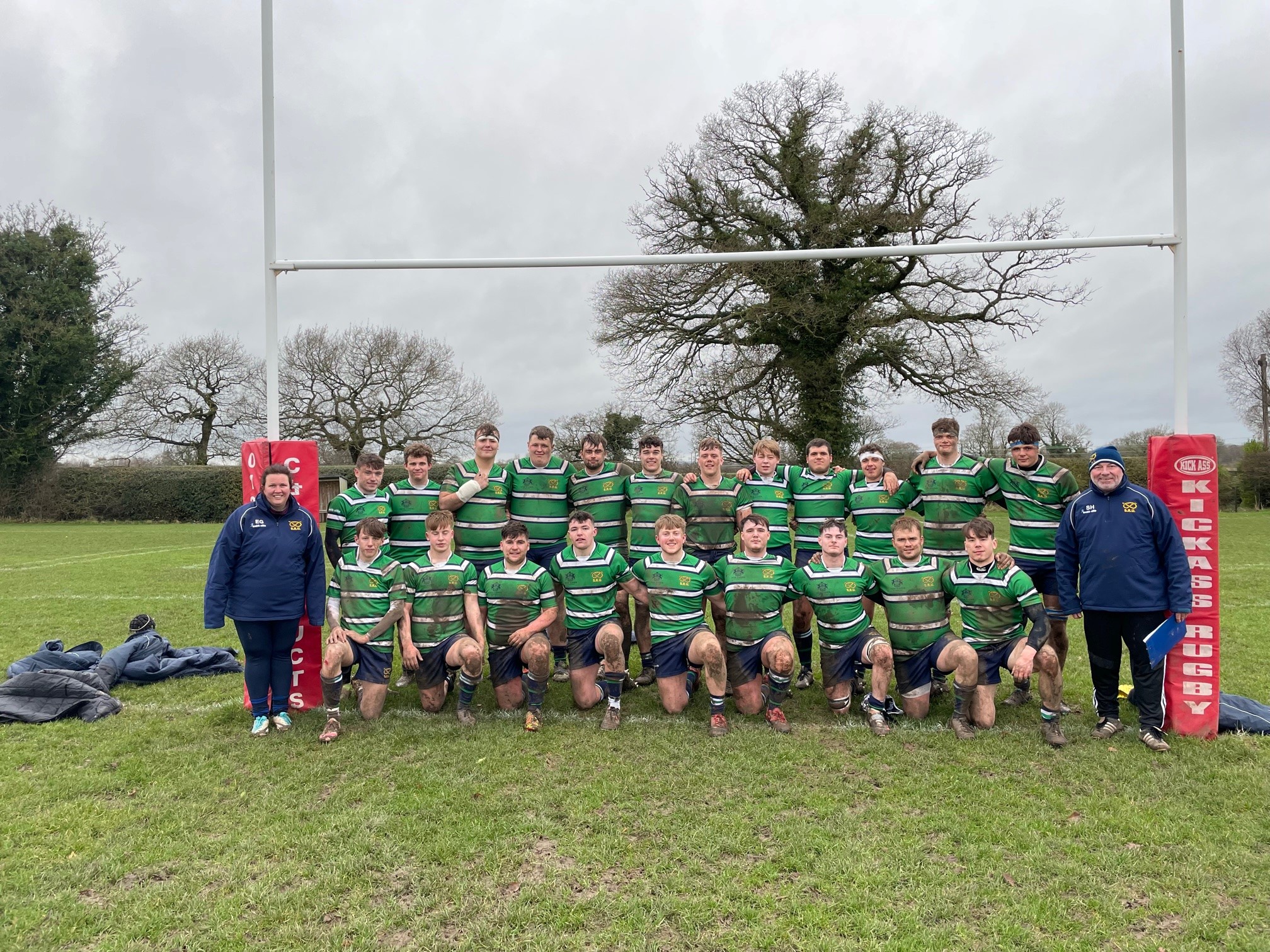 Staffordshire started brightly and on the 6th minute following some smart play in the backs took the ball up to the Cheshire 5 metre line where quickly recycled ball was popped down the blindside and prop Edgar Brown crashed over in the corner for the games first try. The conversion was good and Staffordshire led 0-7.

The blustery conditions were proving difficult for both sides with handling errors a plenty and kicks being taken dead by the wind both sides had to adapt to the conditions.

It wasn’t long before Cheshire’s big forwards got into their rhythm and took play deep into the visitor’s half forcing a penalty for not rolling way. Cheshire took the quick tap and one pass saw them power over the line just to the right of the posts for their first try duly converted to draw the game level.

The next 10 minutes or so was end to end stuff with neither team managing to breakdown the defence. A neat kick from the Cheshire fly half saw the ball bounce in the in-goal area and was touched down by the visitors for a goal line dropout. Against the wind Staffordshire’s fly half kicked towards the 22 the ball coming off Cheshire’s No 5 into touch. However, the AR deemed that it had gone straight out and the referee awarded Cheshire a scrum on 5m under the posts. Staffordshire repelled the onslaught thankfully managing to clear their lines.

The ’home’ side were next to score after some good phase play from the forwards saw the ball moved quickly down the backs and the pacey left winger sprint in at the corner to add their second converted try. Cheshire lead 14-7.

Again both sides went through a period where defence was cancelling out attack, then just as half time approached Cheshire were on the attack around 10m into the visitors half whenSam Clarkes tackle forced the centre to fumble the pass. Tristian De Jager collected the ball off the floor and sprinted 60m to score under the posts, Joel Bezus added the conversion and on half time the score was tied 14-14.

Early in the second half Staffordshire rolled on several replacements keen to ensure everyone got plenty of game time. Taking time to settle the visitors conceded an early try as Cheshire used their big forwards from the lineout to rumble over the line for their 3rd try and added the conversion.

The replacements started to settle and Staffordshire looked to use the elements to keep the hosts pinned in their own half. Strong work from the forwards took them deep into the 22 and as forwards and backs linked the attack was held up 5m short. Debuting Back Row player Patrick Beesley picked up the ball at the back of the ensuing ruck and dived over to claim his debut try. The conversion was added to again draw the game level at 21-21.

Cheshire replied almost immediately through powerful running through their centres and good support play from the forwards to secure another try of their own down the Right hand side of the field, the conversion drifted wide.

The visitors did not panic and went back to their game plan to use the elements to keep the hosts in their own half and put together the phases. Strong running by left wing Joel Finnemore took Staffordshire deep into their opponents half taking 2 or 3 players to drag him down. Scrum Half Will Bailey delivered quick ball to Fly Half Joel Bezus who grubber kicked the ball through, dispossessed the covering defender and drove his way over the line for a try which he then converted. Staffordshire lead 26-28.

This seemed to give the hosts a sense of urgency and they threw everything at the visitors securing territory deep in the Staffordshire half. Staffordshire’s defence held firm until Cheshire managed to isolate a player and forced the referee to award a penalty for holding on the floor. Cheshire opted to kick the penalty and regain the lead 29-28.

With barely seconds to go and everyone around the pitch on the edge of their seats, Staffordshire put together one final attack moving the ball down the backs to give Left Wing Joel Finnemore some space. The big winger used all his pace and power to charge down the wing and power over in the left-hand corner for his debut try. The conversion sailed over from the touchline and the referee blew the final whistle for Staffordshire to take the game. Final Score;  Cheshire U20 – 29 Staffordshire U20 – 35.

Thanks to Cheshire for getting the game on at short notice and Sandbach for hosting the game and for their hospitality afterwards. Thanks also to the refereeing team for their invaluable input and most of all thanks to the players of both teams for a great game in difficult conditions played in the true spirit of Rugby.