On Saturday 25th September the rugby community turned out in force at Willenhall RUFC to pay tribute to Elfyn Pugh BEM who sadly passed away last January. 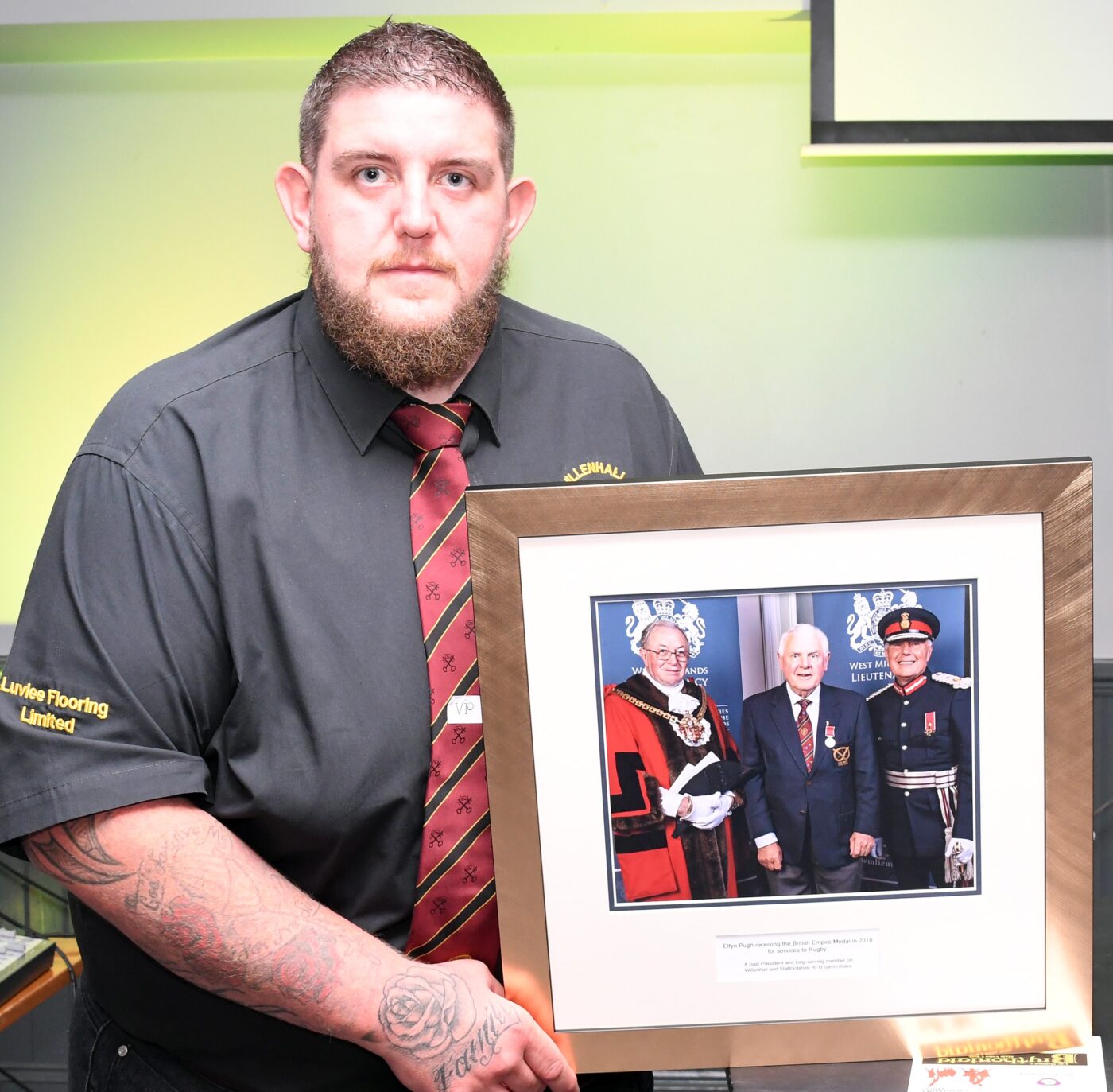 Elfyn was a Founder Member of the club and during lockdown he completed his project compiling “The History and Formation of Willenhall Rugby Club” a copy of which can be found on the club’s Pitchero website.

The day’s events began with Willenhall 2nds and 1sts playing Walsall 2nds and Birmingham Exiles respectively whilst Tribute Matches were played on an adjoining pitch between squads of players representing Willenhall and Essington.

Members of the Pugh family from all around the country were welcomed by Club President Will Simkin to a VIP Buffet during the afternoon along with friends including several SRU Past Presidents – Paddy Martin, Dave Ainge, Roy Smith, Dave Beck, Bill Leason, Mick Procter, John Atkin and current President Rob Forsyth. 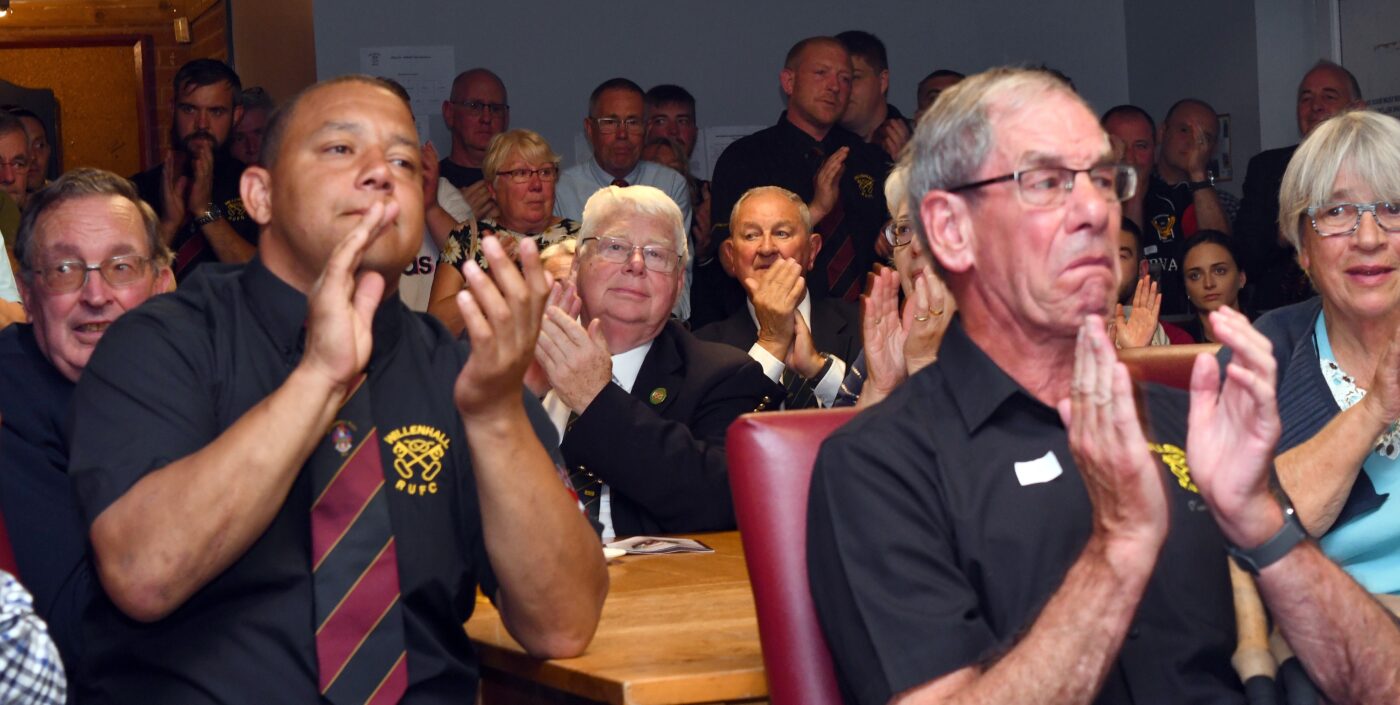 Speeches were made paying tribute to Elfyn’s commitment to rugby at both club and county level throughout his life and which earned him the British Empire Medal for services to rugby in 2018. 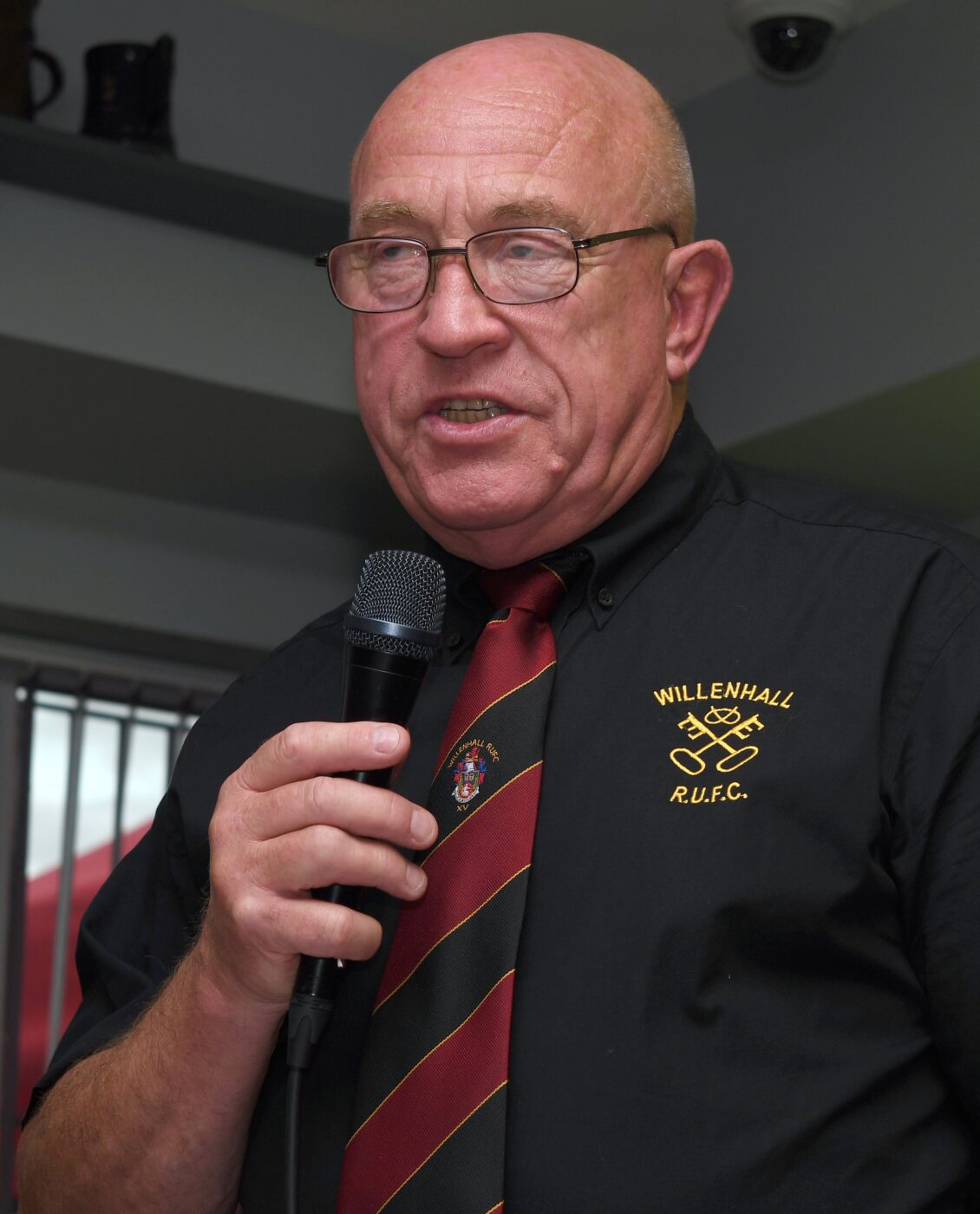 Thanks to Willenhall RUFC for hosting the day’s events which were both poignant and enjoyable and special thanks in particular to Rob Dunkley, one of the main organisers, who has been “a tower of strength to the family”.

The family were overwhelmed by the generous donations to charity in Elfyn’s name with donations forwarded to the RFU’s IPF, the Welsh Charitable Trust and the Brythoniaid Choir of which Elfyn was President.