Burton RFC are sad to report the news that their oldest member, Theo Wellings, has passed away. He was 98 years old and what a wonderful life he had. 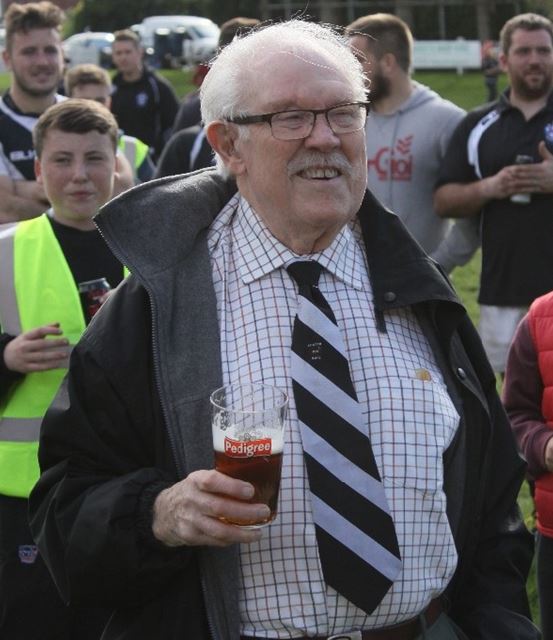 His first association with us at Burton Peel Croft came in 1934 for school fixtures, little did he know that he would eventually become a member of the Club that called Peel Croft home for over seventy years.

He first played for Burton in 1947, following years serving his country during the war in the RAF as a Wireless Operator Air Gunner, from the age of 17. He served on Wellington Bombers and Catalina’s which were flying boats capable of staying airborne for 24 hours, in Europe and the Far East. He was the last surviving man from his crew.

Living in Lichfield he just loved the rivalry between our two clubs but understood that was all part of sport and always just wanted to see a well-played game of rugby (and of course a win for Burton!).

Sport was important to Theo over the years not just rugby, but also rowing, water polo and until recently he would be found in the gym working on his fitness.

He agreed to do a lap of Battlestead Croft with Roy Clark for his Grand Tour fundraising in 2020. However, Theo wasn’t done with one lap and insisted on doing more, even though the heavens had opened and were pouring down on us! There was just no stopping him, his energy and enthusiasm was contagious, a man of a different time, a rare and unique breed of person. 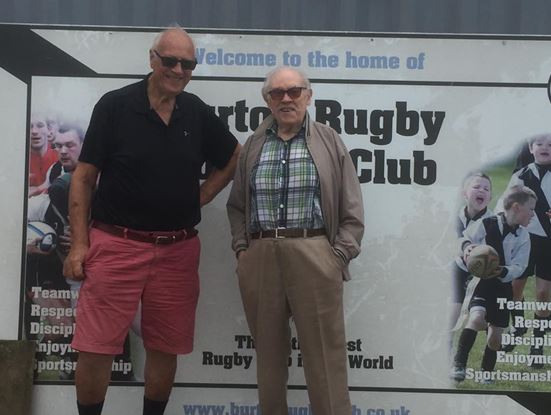 We were all so lucky to have known him for part of his colourful life and it was always lovely to listen to his stories and tales of times gone by at Burton RFC. They really don’t make them like that anymore, he was an incredible human being.

Theo’s funeral service is at 11am on Friday 3rd December at St Michael on the Greenhill, Church Street, Lichfield, WS13 6ED.

Afterwards all are invited to Lichfield Rugby Club to share stories of this great man. Family flowers only, but donations can be made and details are to follow as to how these can be made. The family have asked if people can let them know if they are attending, please email membership@burtonrugbyclub.co.uk