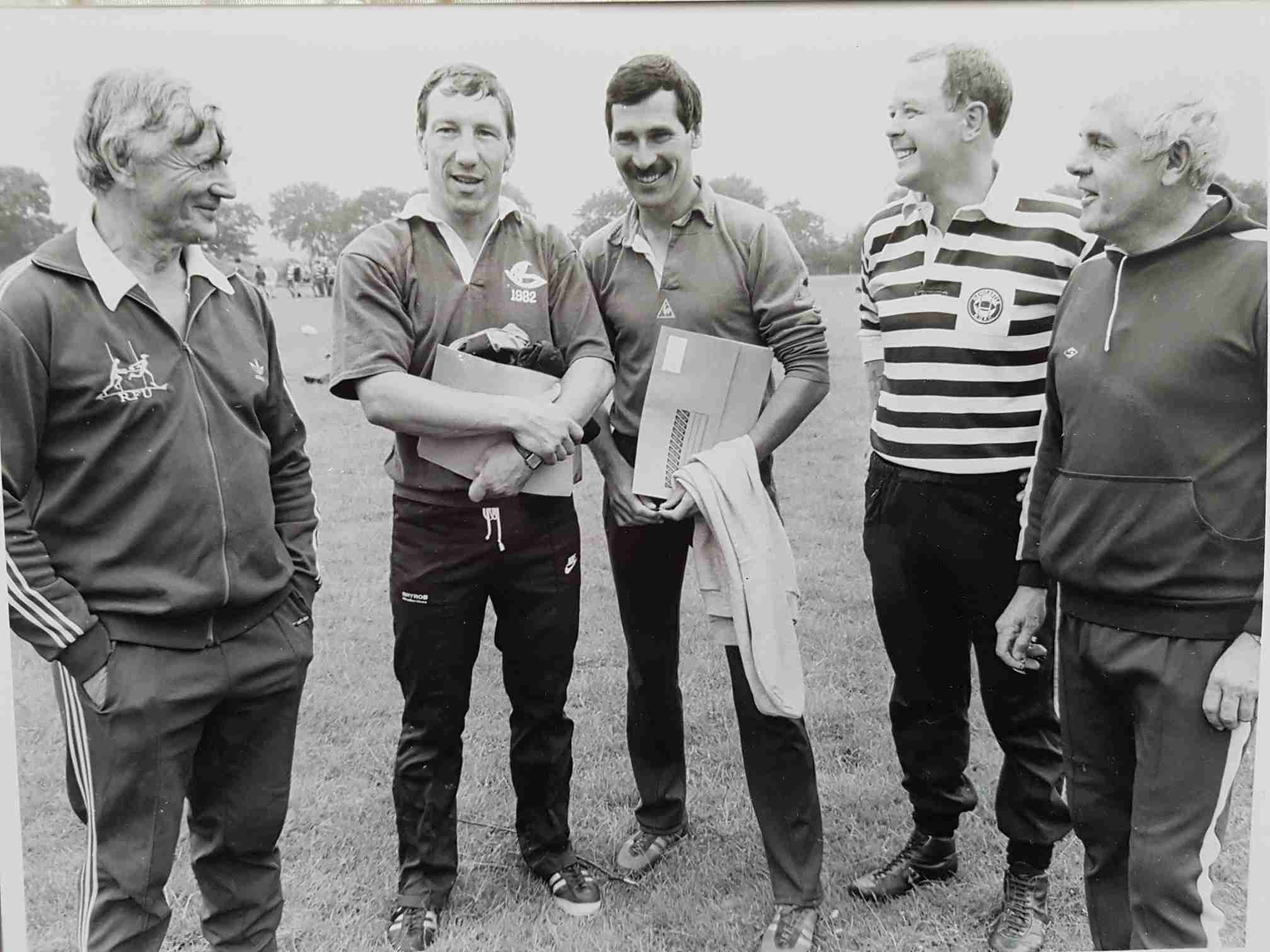 Beaumont added: “He gave so much to the game in his playing days, as a club and England coach and as Director of Sport at Merchant Taylors School, Crosby. He will be very much missed as someone whose generous spirit and outstanding athleticism graced our sport. Our thoughts are with his wife, Eileen, and his family.”

Born in Liverpool, where he played his club rugby, Mike was an outstanding England and Lions player, with a total of 31 caps for his country, retiring as England’s most-capped wing after the match at Murrayfield on 4 February 1984.

A pivotal part of Beaumont’s side that won the 1980 Grand Slam, his silken running and change of pace were inspirational.

Educated at St. Edward’s College, Liverpool, where he was a fast bowler in the cricket XI, playing Sunday League football and as First XV scrum half, he made his international debut on 6 March 1976 v Ireland at Twickenham.

He played for Devon in the County Championship during his student days at St Luke’s College, Exeter, with his first national appearance in his final year, for England Under 23s against the touring Tongans.

A teaching post at Merchant Taylors’, Crosby, took him home to his Liverpool club and selection for Lancashire and the North. Playing for the Northern Division, he was part of the squad who beat the All Blacks 21-9 in 1979 at Otley, and had a crucial role in the game’s decisive try.

The core of England’s 1980 Grand Slam team was built on the Northern squad and Slemen was on the score-sheet in the Grand Slam decider at Murrayfield, his nation’s first Grand Slam since 1957.

10 of the Grand Slam side went to South Africa with the Lions in 1980, under the captaincy of Bill Beaumont, the first Englishman to lead the tourists for 50 years. Mike was a first-choice for the tour and described by Reg Sweet of the Durban Daily News as “unquestionably the most talented all-rounder of all.”

He played his last first-class match in May 1986, captaining Liverpool against Preston Grasshoppers in the last game before the club merged with St Helen’s. He went on to coach at the club before, in 1994, coaching the England backs as part of Geoff Cooke’s management team.