The President of the RFU HH Jeff Blackett and his wife Sally visited Staffordshire on Friday, 29th October as part of their 150 mile walk around 15 geographic CBs to honour the RFU’s 150th Anniversary and to raise funds for the Injured Players Foundation. 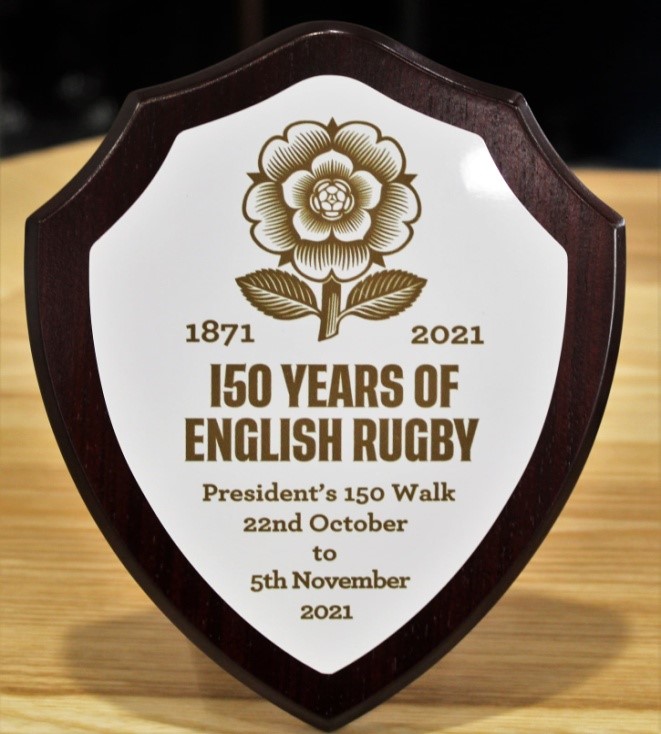 The day began with a visit to Burton RFC’s new HQ at Battlestead Croft. After a light breakfast Jeff and Sally, along with SRU members and fellow walkers, were given a guided tour of the impressive facilities which include six pitches, eight changing rooms, two function rooms and a state of the art Vertical Ground Source Heat Pump system.

The walkers then set off on the first leg of their journey from Branston to Alrewas, a distance of five miles along the towpath of the Trent and Mersey Canal. 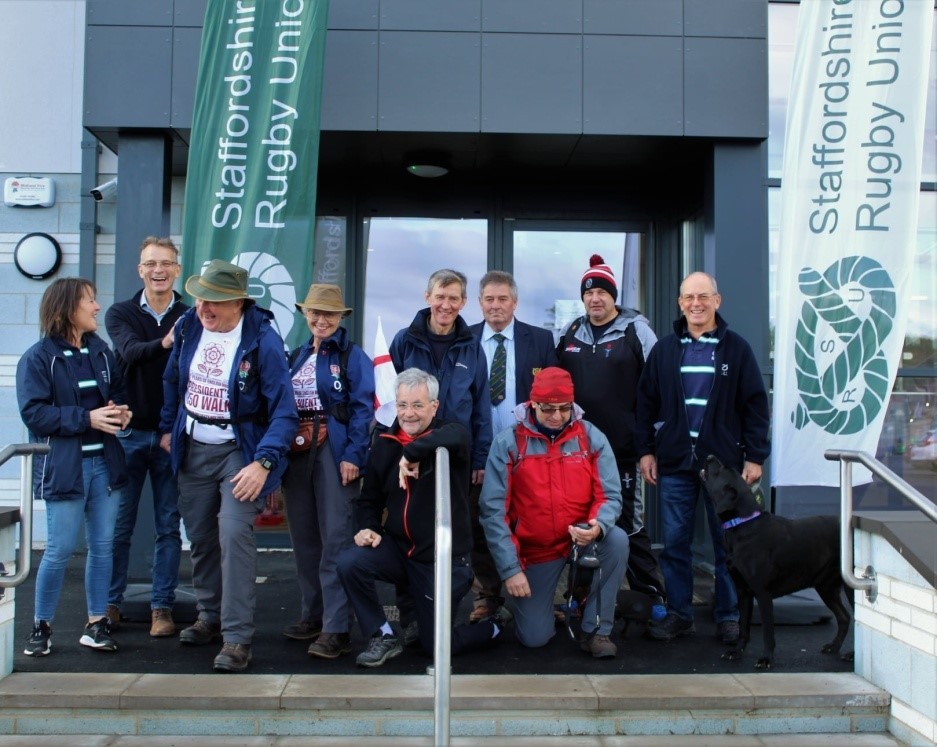 Support cars then took the party to Rugeley RUFC where the club provided a training session for enthusiastic youngsters to participate in prior to serving up lunch for everyone concerned. 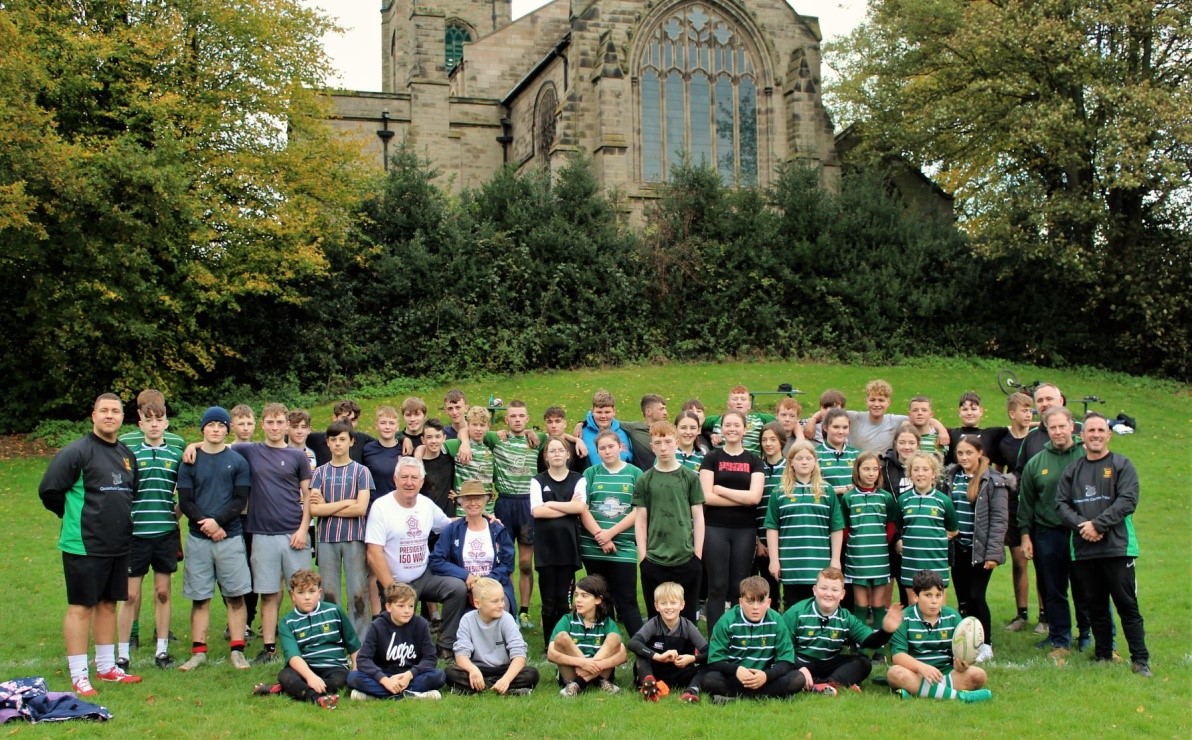 The SRU cupcakes clearly received the attention of Sally Blackett, pictured here with photographer for the day Claire Arnold 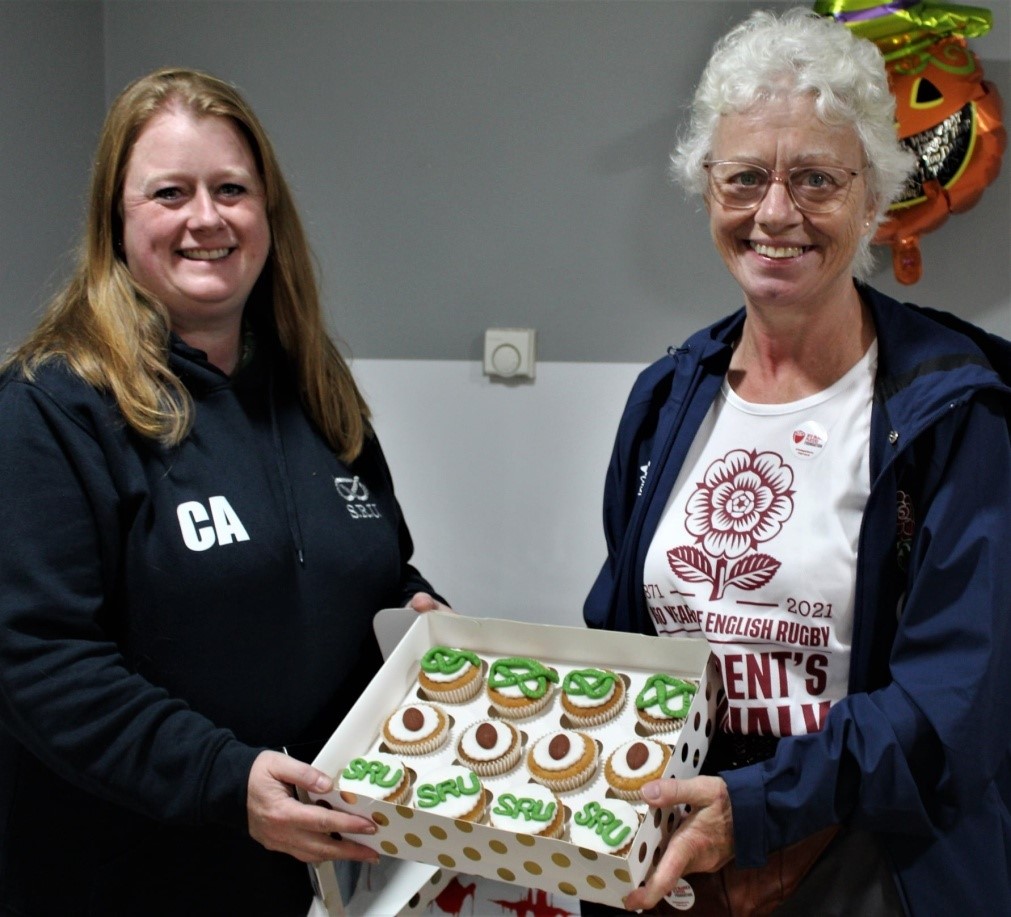 The second five mile stretch meant that Jeff and Sally passed the halfway mark in their two week odyssey. It was again along the towpath out of Rugeley to Little Haywood where the icing on the day’s cake was provided by representatives from Stafford RUFC who presented Jeff with a cheque for nearly £700 to boost the IPF coffers 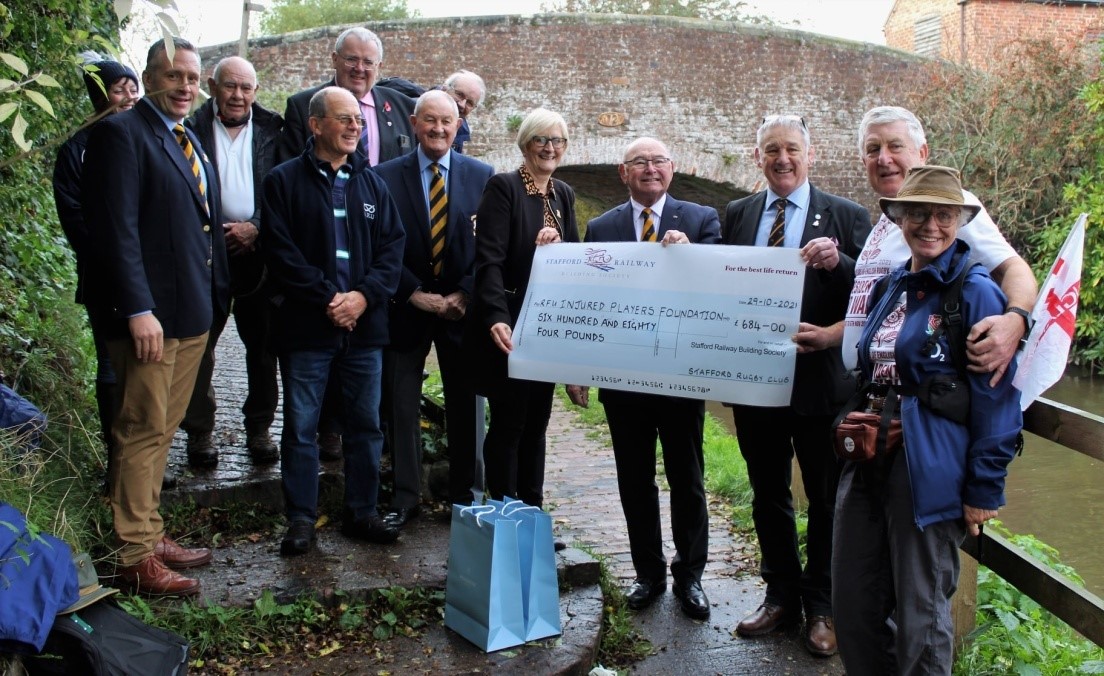 With that, Jeff and Sally were off to Yorkshire for the next ten mile leg in their attempt to raise £50,000 for the RFU’s designated charity which provides help to players who suffer catastrophic injury whilst playing rugby.

Many thanks to Burton and Rugeley Rugby Clubs for hosting on the day; to Mick Procter for organising the route; to the SRU officials for either walking or providing support transport; to fellow walkers who accompanied the RFU President and his wife and to Claire Arnold for taking the photos, many more of which can be viewed on the SRU Facebook pages where there is also a link for anyone wishing to donate to the IPF