Preseason training has started in earnest for most and at Eccleshall Rugby Club there’s been some alternative activity going on!!!

Yesterday 3 of ERUFC’s finest.. Jon Wooley, Toby Buckley and Josh Denning cycled 177 miles around all the 12 rugby clubs in their league to raise funds for the club and The Alzheimer’s Society 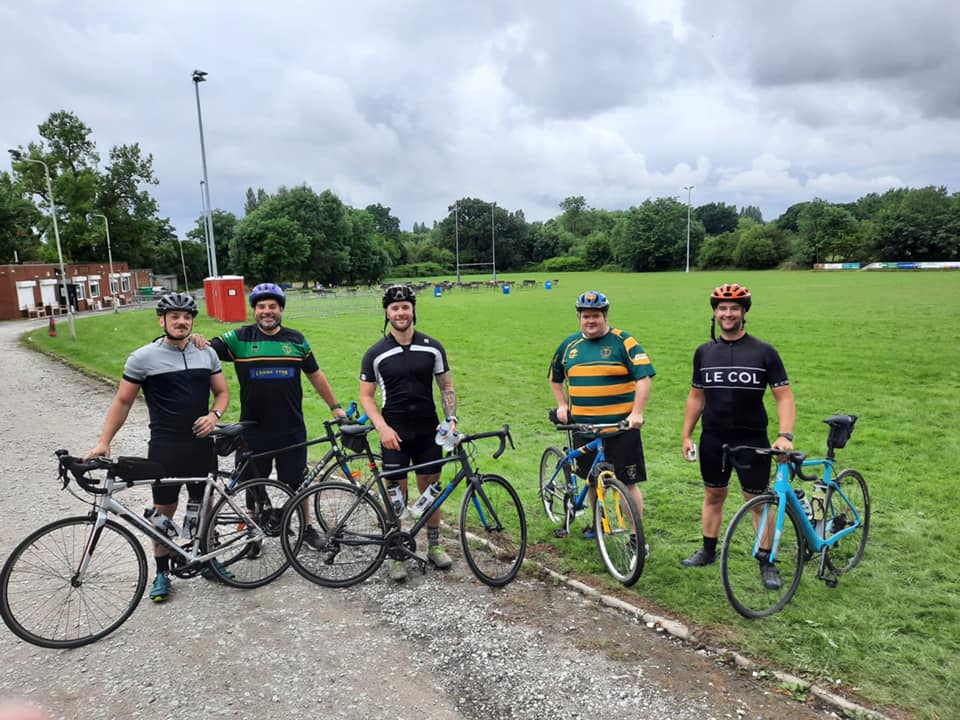 Jon,Toby & Josh saddled up for an epic BIG RIDE notably calling it the ‘Tour De Mids 3’ and were joined part way round at Handsworth RUFC by amongst others Eccleshall’s ‘Past Club Chairman’ Tim West who said –

“I would like to officially announce my retirement from professional and recreational cycling..

I managed to make it from Handsworth, to Veaysians and Aldridge and back on a mountain bike with only one break and I only fell off once’

Nominations for Staffordshire Under 20s