Officials from the SRU attended a charity rugby match at Stafford RUFC on Sunday, 12th September at the invitation of Club President and SRU Past President Dave Ainge. The match between the Fire Service and the Combined Services Barbarians was played in support of the Fire Fighter charity.

It was particularly important for the host club because former 1st XV player and serving fireman Vincent (Vinny) Hogan suffered life changing injuries during a training accident in 2020. Vinny and members of his family were present on a very well-attended event.

Also in attendance was former England winger, and still the top try scorer for his country, Rory Underwood, the President of the Combined Services Barbarians.

The county took the opportunity to ask Rory to present a Mitsubishi Volunteer Recognition Award to Mark Smith. Mark provided valuable support for club members throughout the lockdown periods of the last 18 months. He also worked alongside a local charity called House of Bread which saw Stafford RUFC’s profile raised within the community. 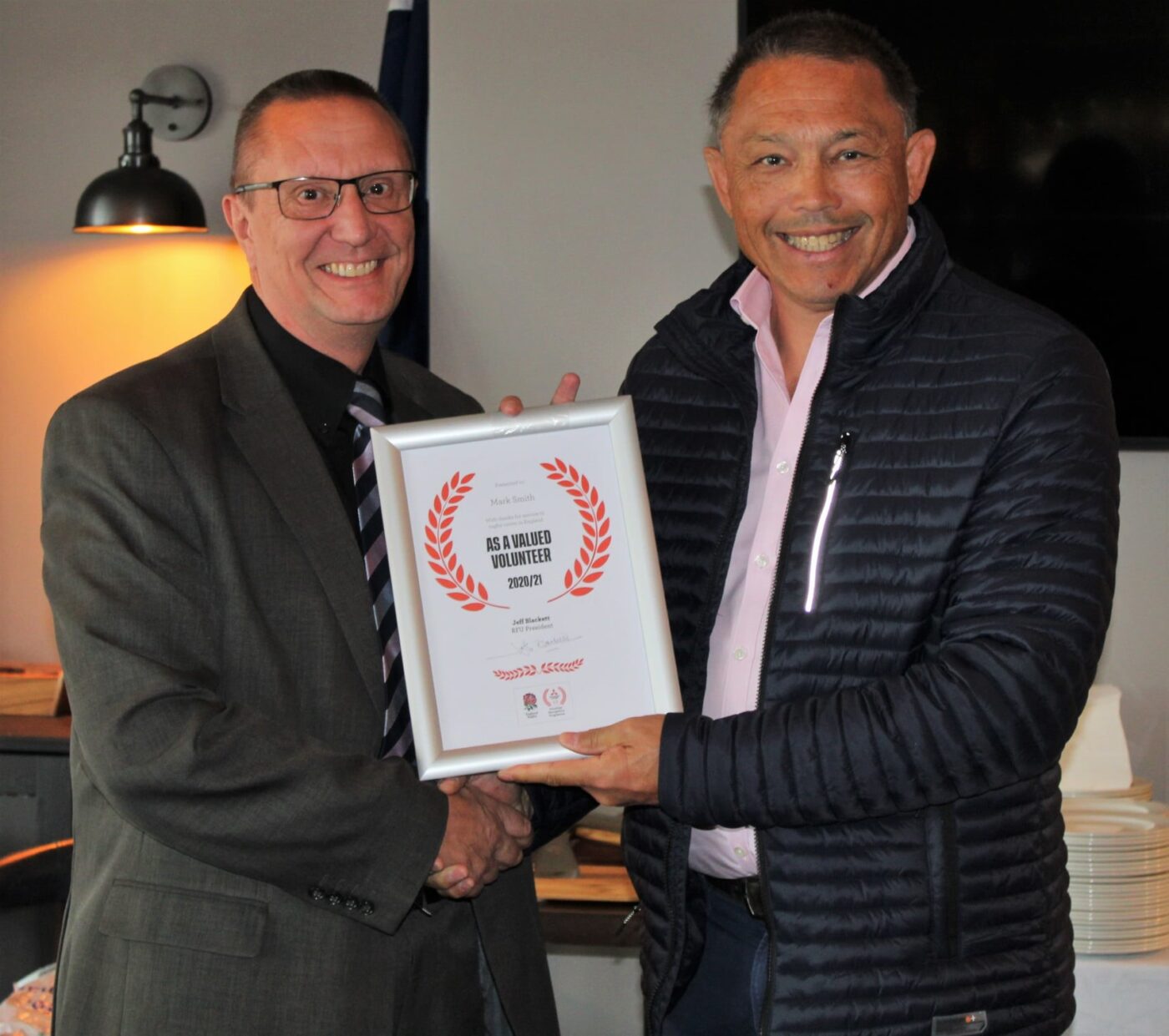 There are still several more Mitsubishi Volunteer Awards to be made around our clubs and these will be presented as our club visits continue. However, I cannot guarantee that an England Rugby legend will be on hand to do the presenting.

A reminder that if you wish to receive a visit from county officials to watch one of your games and to discuss any aspect of the club/CB relationship then please contact raforsyth@hotmail.com for visits from October onwards.