David Ayre and Robin Websdale, Staffordshire School Masters, were honoured at the recent England Rugby Football Schools Union Awards Dinner. They both received awards for their volunteering work in delivering Rugby in Schools in Staffordshire and across the country,

ERFSU VIP Volunteer Award.
David Ayre
Formally Weston Road Academy, Staffordshire
As a physical education teacher, David taught and coached rugby for a total of 28 years of which 25 years were in Staffordshire schools. From 1985 to 1988 he taught at Walton Comprehensive School, Peterborough, taking charge of the development of rugby within the school including fixtures. Whilst there he coached the under 14 and under 15 Cambridgeshire schools, as well as assisting in the trials and selection process.
From 1989 to 2013 he taught at Weston Road High School (latterly, Weston Road Academy) in Stafford, Staffordshire, taking charge of rugby teaching and coaching across 11 to 16 years age groups. From 1990 to 2005, he was involved with the trials and selection processes of county rugby teams, as well as joining the coaching team.
During his teaching career and his involvement with school teams, he has enhanced the individual and team spirit by taking teams on rugby tours, both home and abroad both from Peterborough and Staffs. He has taken trips to the North-East, the North West, Cambridgeshire and to Holland.
Dave is a genuine servant to the game and a fantastic example of a teacher volunteer and hence a truly worthwhile recipient of this award.

Newcastle and Stafford College Group, Staffordshire CSU, Midlands
Division, England 16 group, ERFSU and RFU.
Robin’s teaching career has been long and varied. It has included being Head of a Special Education and Learning Support Department, which was recognised as outstanding by OFSTED; a Physical Education Specialist, Mathematics Teacher and Senior Induction Mentor for Newly Qualified Teachers. For six years he was also a Head Teacher of a Primary School, more recently, after retiring from teaching, he has worked in NSCG College as their rugby coach. His commitment to state school’s work has been unstinting.

For the last 30 years he has been a stalwart of the Staffordshire County Schools Union, acting in many capacities including Coach, Selector, Team Manager and Chairman. His particular interest was with the 16 age-group and it was no surprise that in 1999 he was invited to join the Midlands 16 Group Team.

Since then he has become an integral part of the group as Team Manager, Selector, Secretary and Coach. Inevitably this led him to become a part of the England 16 Group set up. From 2007 until the finished 16 Group he served as a Committee Member and became the England under 16 Saxons Team Manager for two seasons. He became a key part of the Millfield and Wellington festival acting as an International Liaison Officer. He was instrumental in ensuring coaching weekends became ‘professionally managed and organised’ to maximise the opportunities for the boys.

His work for the ERFSU is impressive. He has been the Midland Divisional Representative for 13 years and since 2014 has been on the Executive of the ERFSU serving as Chair of the CSU Working Party. Robin was tasked with auditing and supporting CSU’s in challenging circumstances. This has not been an easy task and virtually single-handedly Robin has worked with individual CSU’s to help them through their difficulties. It was with some pride Robin noted in his CSU Working Party Report to the ERFSU AGM that all 28 CSU’s are fully operational, the first time in over 10 years.

Robin has also been working on RFU projects including All Schools, Schools of Rugby, RFU Coach Mentoring and is a member of the current RFU Age Grade Governance sub-committee.

Robin’s full CV of volunteering is unbelievable. His willingness to give his time freely is beyond admirable. The ERFSU can only thank him in one way by him receiving the ERFSU’s highest award of Honorary Life Member. 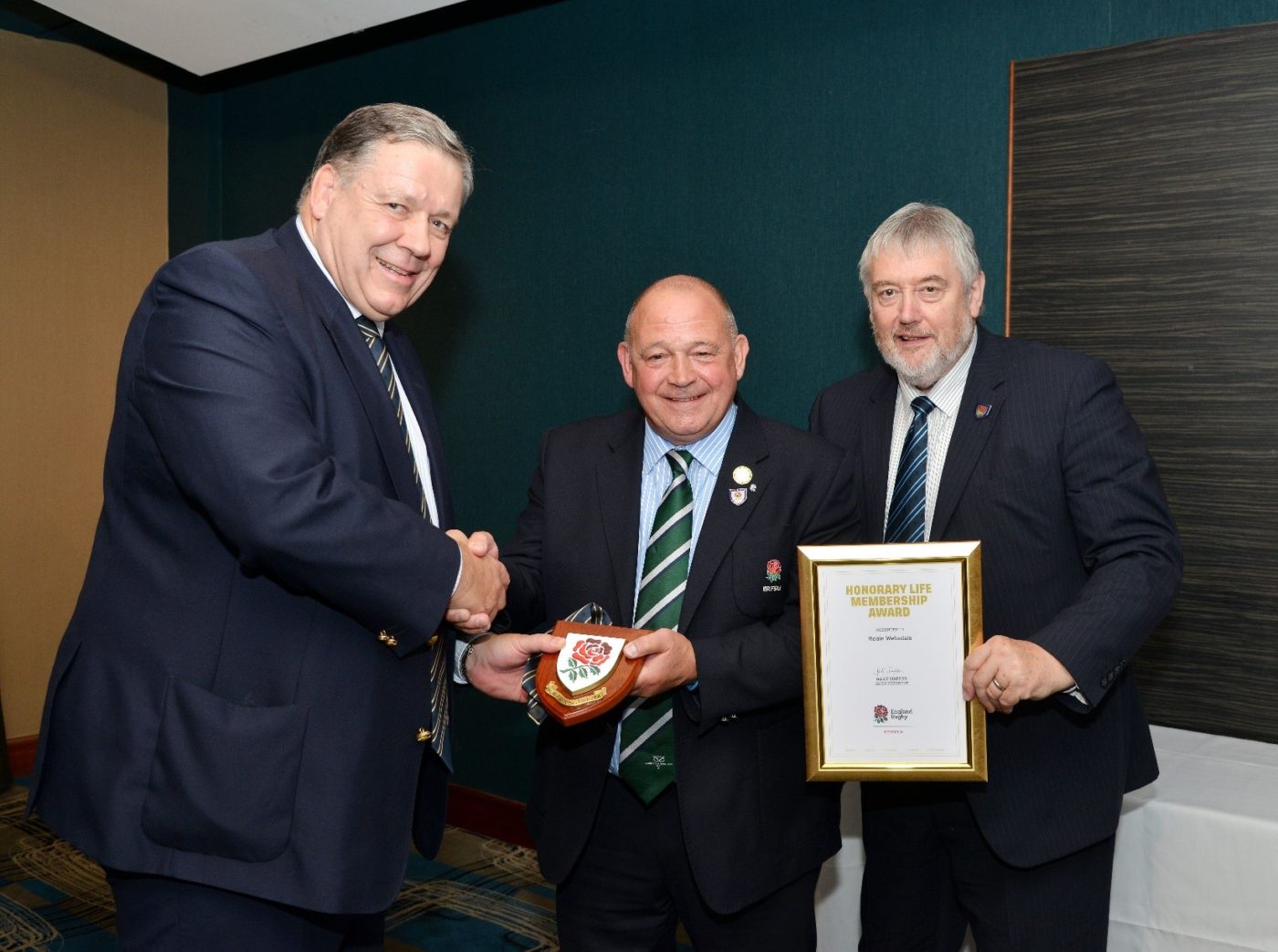